String of Food Facilities Burning to the Ground

Are the fires and accidents at a dozen-plus food processing plants this year just an unfortunate coincidence – or potentially the result of terrorism?

Consider that over the last few weeks, five major food distributors in four states were destroyed by explosions and fires. Accidents at more than 20 food plants and warehouses in the U.S. and Canada were reported in the last four months.

There’s no doubt many organizations will be reviewing their risk management and process safety plans to identify any holes, and increase employee training on chemical safety.

The FBI has now sounded the alarm that more trouble may be on the horizon. The bureau’s cyber division warned the food and agriculture sector that “ransomware actors may be more likely to attack agricultural cooperatives during critical planting and harvest seasons, disrupting operations, causing financial loss and negatively impacting the food supply chain.”

Last year, a ransomware attack knocked the Colonial pipeline off-line. Colonial paid the attackers millions of dollars in ransom to regain control of its systems.

Oregon-based Azure Standard announced all of its liquid products will be out of stock after a fire burned down its massive warehouse.

Nearly 90% of Taylor Farms’ facility in California was destroyed. 35,000 pounds of anhydrous ammonia leaked as residents sheltered in place.

The Maricopa Food Pantry in Arizona lost 50,000 pounds worth of meat and food in a fire that started 15 minutes after the food bank closed. Trailers storing diesel on site fueled the raging inferno. 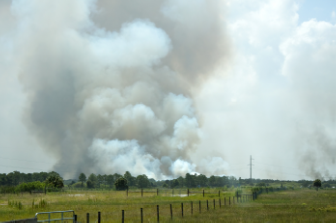 Home » Blog » String of Food Facilities Burning to the Ground

Home » Blog » String of Food Facilities Burning to the Ground