Acosta to Lawmakers: ‘I fully expect’ Inspections to Increase 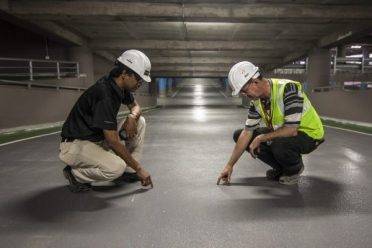 Secretary of Labor R. Alexander Acosta touted the number of annual OSHA inspections over the past two fiscal years – despite the agency being short-staffed – during an April 3 congressional appropriations hearing, saying he expects an increase when recently hired inspectors get fully up to speed.

He pointed out that OSHA inspections exceeded 32,000 in FYs 2017 and 2018 – surpassing the 31,948 total in FY 2016 – despite attrition of compliance safety and health officers at the agency. The number of CSHOs was a record-low 875 as of Jan. 1, according to a National Employment Law Project data brief published March 14.

Acosta also called attention to a decrease of 43 workplace fatalities from calendar year 2016 to CY 2017 – the most recent data available – and more than 40,000 fewer workplace injuries. NELP, however, states in its brief that OSHA conducted 929 fatality/catastrophe investigations in 2018, the most in a decade. That may indicate an increase in fatalities when the Bureau of Labor Statistics publishes its Census of Fatal Occupational Injuries, likely in December.

When asked about OSHA’s relatively flat budget proposal for FY 2020, Acosta pointed to an increase in enforcement funding (around $3.8 million more for federal enforcement) and the hiring of CSHOs. The Department of Labor has committed to bringing 26 new full-time equivalent inspectors to the agency for the upcoming fiscal year and hired 76 CSHOs in FY 2018.

“I would take issue with the budget not reflecting an enforcement priority because, in fact, it does,” Acosta said. DeLauro noted that the attrition in number of OSHA inspectors is, in part, because of a hiring freeze during the first year of the Trump administration. Retirements and resignations also have played a role.

Acosta’s written testimony, submitted before the hearing, states that it takes one to three years to get new CSHOs working in the field unsupervised. “Once these inspectors can go out in the field independently, I fully expect, and have told OSHA that I expect, the inspections to be up even more,” Acosta said.

To find out what else OSHA is up to, attend out Certified Safety Manager Course in Chicago in June. Click here to find out more.