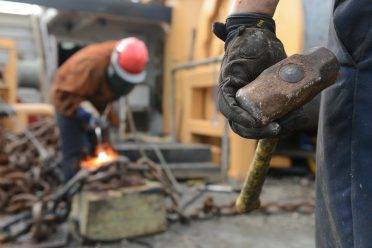 Heads up! The cost of noncompliance with OSHA regulations just jumped 27%. This isn’t an increase in maximum fines which happens at the inflationary rate each year. This increase is a direct result of OSHA’s current enforcement policies. In 2017, the average penalty for one serious federal OSHA violation was $3,645. In 2018, it went up to $5,016.

How is this Happening?

It’s a result of two things, according to attorney Thomas Metzger with Littler Mendelson, who spoke at the American Society of Safety Professionals’ Safety 2019 conference.

Toward the end of the Obama administration, OSHA revised the way it counts its number of inspections. The new system gives extra weight to more complex cases. These inspections are more in depth. As OSHA has become more aggressive with these types of cases, it’s also become more aggressive with fines. When calculating fines, OSHA starts with the maximum and then applies various reduction factors, if appropriate. The maximum for a serious fine in 2019 is $13,260. In the more complex inspections OSHA is conducting, fewer reductions are applied.

Also, toward the end of the previous administration, OSHA established a severe injury reporting program. Now, companies must contact OSHA quickly when there is one employee hospitalized (it used to be three) or when there’s an amputation or a physical loss of an eye.

The resulting amputation and hospitalization inspections tend to be more serious. Again, OSHA gives fewer discounts from the statutory maximum for serious violations.

Wasn’t the current administration supposed to create a “friendlier” OSHA? That was the theory. But Metzger notes OSHA has now been without a politically appointed leader for years – the longest period since the agency was established during the Nixon administration. Scott Mugno took himself out of consideration for the job after years of waiting for his nomination to move through the whole Senate. There’s been no new nominee from the Trump administration. Without political leadership, Metzger says OSHA doesn’t have as much direction as in previous years, so the status quo remains, at least when it comes to these measures which are increasing the average cost of fines.

Want to find out more about what OSHA is up to and how to implement the latest techniques proven to reduce workplace injuries and illnesses? Attend our CSM Course in Chicago, September 16-20, 2019. We are wrapping up our Summertime Special at 40% off on this particular course, so don’t wait. Seats are filling up quickly. Click here to register now.