What’s New with OSHA Under Trump? 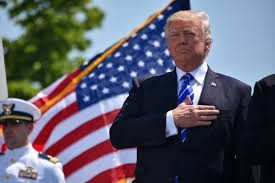 President Trump’s first year-plus in office has been anything but quiet. But his influence on OSHA and workplace safety hasn’t made too many headlines. Jordan Barab, a former OSHA official under Obama, reviewed the biggest changes OSHA has made in the first 17 months of the Trump administration during a session at the AIHce conference in Philadelphia. It’s no secret the president has moved to trim back regulations. Barab noted that one of Trump’s first actions as president was to issue executive orders dealing with the regulatory process.

The most well-known executive order established that for every new federal regulation passed (including by OSHA), two regulations must be repealed. Barab said the executive order hasn’t been used yet by OSHA or any other federal agency. He added that developing a new rule takes several years, and it would take just as long to repeal one. OSHA’s recent regulatory agenda showed movement on new safety regs. But given Trump’s executive orders and Republicans’ general dislike of regulations, Barab predicted that no major new OSHA standards will likely be finalized while Trump is in office.

Peg Seminario of the AFL-CIO also spoke during the conference. Seminario noted that Trump has nominated Scott Mugno, a former safety director for FedEx Ground, to be the leader of OSHA, but he still hasn’t been confirmed yet. It’s unclear when Mugno will be confirmed as OSHA’s new leader, Seminario said. Until OSHA does have a leader, Seminario said it’s unlikely there will be any major changes made by the safety agency.