Common Questions When It Comes to Confined Space Work 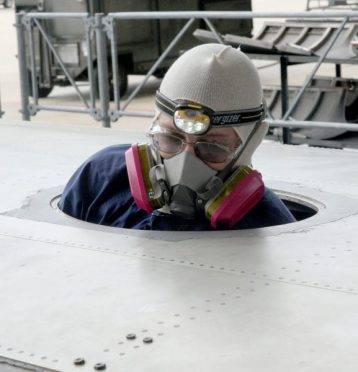 Confined spaces are hazardous working environments that cause many fatalities and serious injuries in industrial facilities worldwide. The unfortunate thing is that nearly on all occasions, with some basic understanding of the hazards and having several controls in place, many of these unwanted scenarios can be avoided.

Some of the most obvious risks associated with working in these spaces include oxygen deficiency and the availability of toxic gases resulting in hazardous situations such as fires or explosions. Some of the less considered hazards are often as a result of other risks within the spaces such as the potential of a fall, coming into contact with electrical hazards, heat stress, bacterial or biological concerns, incidents caused by limited visibility, coming into contact with rotating parts and even phycological issues as a result of workers feeling claustrophobic in these spaces.

The below frequently asked questions provide a good explanation of what needs to be considered when working in any confined space environment:

A confined space is defined as any enclosed or partially enclosed space not designed or intended for continuous human occupancy. The space may have restricted means of entry or exit, which may become hazardous to a worker entering it.

Normally all three of the below conditions need to be met for the area to be defined as a “Confined Space”:

·        The space has limited or restricted means of entry and exit

·        It is not designated for continuous human occupancy

If the answer is a definite “Yes” to the above three points than you can safely class the area as a confined space.

Before the initial work assignment begins, the employer must provide proper training for all workers who are required to work in these spaces. After the training, employers must ensure that the employees have acquired the understanding, knowledge and skills necessary to safely perform their duties.

Confined space training could take anywhere between half a day to three days depending on the complexity of the entry and the activities in which the worker is required to undertake.

Operational personnel involved with confined space work may also need to be trained to use gas testing devices to ensure the atmospheric requirements are within acceptable working ranges. Safety personnel performing hole watch duties would require a strong knowledge of the permitting system and the use of fall protection equipment in the event of non-entry type rescues.

3.      How long is confined space training valid for? Does it expire?

For non-project type workplaces, a review of training is required on an annual basis and whenever there is a change in circumstances that may affect the safety of a worker who enters a confined space in the workplace, such as a change in process or hazard assessment. A review is not the same as providing annual training.

The validity of confined space training differs from country to country depending on the local regulation that is followed, however most of these standards would set their validity periods between two to three years.

In short, every organization would need to review its internal procedures with regards to the level of training and validity. This decision may be based on set local or international legislation as well as a result of any internal risk assessments.

There are many types of confined spaces, sewers and manholes, tanks and silos, large sized pipes, boilers or vessels, shafts and even excavations deeper than 1.5 meters are classed as confined spaces.

Health and Safety professionals on some occasions come across situations where a decision would need to be made with regards to the work area being classified as a confined space. One must ask themselves the three key questions of limitations of access, suitability for human occupancy and its possibility of containing a hazardous atmosphere before such a determination could be made.

Often areas such as tunnels, open pits would need an assessment of risk prior to classing them as definite confined spaces. In terms of trenches and excavations, the depth as well as proximity to other underground facilities or parts of the plant would need to be considered before the classification can be determined.

Confined space entry is the term often used to refer to a worker entering the opening of a permit required confined space. Entry is considered to have occurred as soon as any part of the entrant’s body breaks the plane of an opening into the space.

It is important to note that many confined space activities would only require partial entry into the space, employees must be aware that these may also be classed as permit controlled confined spaces.

6.      What is the difference between confined space and restricted space?

Confined spaces are normally controlled spaces where a set of precautions are needed to be in place to allow for work to be performed. Along with an approved permit, the area would require constant atmospheric testing, possible air ventilation using blowers or extractor fans, the use of fall prevention equipment such as harnesses, lanyard and tripods as well as requiring the availability of emergency response rescue equipment in order to deal with any potential unwanted situation.

Although hard to enter or exit, a restricted space is a work area that people don’t generally enter and that is the only hazard a worker is likely to encounter. Although some control measures may still be required for these areas, it is unlikely that these precautions will extend to the same level afforded to permitted confined spaces.