Lack of Sleep: What Happens to Your Body 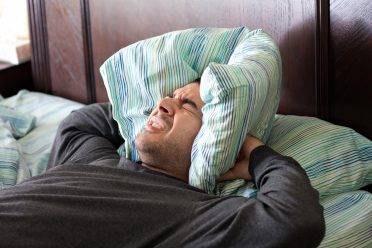 Lack of sleep is only the beginning. If you thought being tired was the worst part, brace yourself. A long list of conditions are associated with not sleeping. Some of them won’t surprise you, others probably will. Now, just because your sleep is regularly disrupted doesn’t mean you will get these diseases or disorders, but you are at higher risk.

Conditions Associated with Lack of Sleep

Metabolic Syndrome is a cluster of conditions – including central obesity, high blood sugar, and high blood pressure – that increase your risk of heart disease, stroke, and diabetes. Lack of sleep misaligns the body’s hormonal rhythms from circadian rhythms, affecting the function of the pancreas, liver, and digestive tract.

Obesity is very prevalent in our society and this might have more to do with sleep than you think. Sleep deprivation causes an increase in the hormone ghrelin, which makes you feel hungry, and a decrease in leptin, which makes you feel full. This can lead to overeating, especially of foods high in sugar and fats. Unhealthy grub sends reward signals to the brain that the sleepy mind doesn’t have the impulse control to say no to. It comes as no surprise, then, that shift workers gain and keep weight at higher rates than average.

Even short periods of sleep deprivation can alter insulin responses and make you appear pre-diabetic. Staying up at night is linked to insulin resistance, increasing the prevalence of Type 2 Diabetes in rotating shift workers. Those late night sugar cravings don’t help either.

In more bad news for shift workers, they have a 40 per cent higher risk for Cardiovascular Disease – it also doesn’t help that they drink and smoke more than average. Lack of sleep is associated with hypertension; heart attacks spike by 20 per cent when we lose an hour for daylight savings. On top of this, sleeping less than six hours puts you at 4.5 per cent higher chance of having a stroke.

Lack of sleep alters levels of melatonin and vitamin D in the body – both of which have cancer fighting effects. This coupled with changes in hormone production increase the risk of Cancer in shift workers. Shorter sleep means fewer cancer fighting cells and more cancer promoting cells. Many Mental Health Disorders are associated with sleep disruption. Serotonin production is boosted during REM sleep, but missing this boost can bring you down mentally. Moreover, sleep deprivation can induce symptoms in people with Bipolar Disorder and Schizophrenia. Alzheimer’s is another one linked to lack of sleep. Beta amyloid is a cellular waste product that can prevent deep sleep, but you need this sleep to clean it out of your brain – it’s a vicious cycle. Direct current stimulation might help, just don’t try it at home! The vicious cycle continues with Pain. You’re more sensitive to pain if you’ve had less sleep, but the more pain you’re experiencing, the harder it is to fall asleep. Pain also fragments and disrupts REM and deep sleep. If you’re not getting your slumber, you might also have issues with Reproduction. There are consequences for both men and women: lower testosterone and follicular hormone levels, suppression of ovarian function, and higher risk of spontaneous abortion and preterm birth. Sleep-deprived people have more Digestive Ulcers and Infections. Deaths linked to lack of sleep have been caused by sepsis originating as a digestive infection. You might be more susceptible to infection, because not sleeping boosts the body’s stress response, leading to Lower Immunity to bacteria and viruses.

We don’t really need to say it again, but sleep is essential! So how can you improve your sleep? Find out in the next piece of our sleep series.