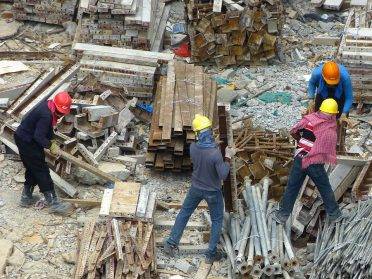 See something, say something. It’s a phrase that applies in several situations, including workplace safety, and we all hear it more today than ever.

But a study by the RAD Group shows people speak up when they see a safety risk only about 39% of the time. RAD Group Director of Training Phillip Ragain says the reason is because most people have hardwired inhibitions about speaking up.

The good news about this in the world of safety is that more and more companies give their workers “stop work authority” when they see a hazard that can cause immediate harm. The RAD Group found 97% of workers surveyed feel they have this authority. But Ragain says stop work authority by itself isn’t enough. It only removes the fear of formal punishment.

Whether workers actually speak up about a problem in the moment depends on their immediate situation – The Context Effect.

• Production Pressure: These are the deadlines workers face.
• The Unit Bias: This is the urge to complete the task at hand before moving on to the next one. Reporting a safety problem could interrupt another task.
• Deference to authority: A person of authority only needs to be nearby to influence a worker not to speak up.
• The Bystander Effect: The more people present, the less likely we are to speak up about something. “Someone will say something” is what we tell ourselves.

Ragain says often, the reason workers don’t speak up is because they fear a “Perfect Storm” reaction from the person receiving the report:
• Reactance: We naturally push back when someone tells us what to do.
• Social incongruence: This is the stress we feel when we’re in tension with others.
• Confirmation bias: This is our tendency to justify doing what we already wanted to do.

Can We Be Rewired?

Can workers be rewired to speak up about safety hazards? Ragain says just being aware of the Context Effect and Perfect Storm biases helps make workers 40% more likely to speak up.

And when people know that if they speak up the consequences will be good; they’ll continue to do so.