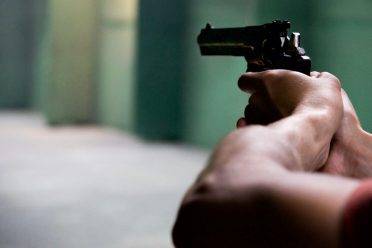 Homicides are now the second highest cause of workplace deaths behind transportation incidents. Most safety consultants agree that employers would be wise to create an active shooter plan before they need one. When it comes to active shooter incidents, there are “3 Ds” to address:

When confronted with an unexpected situation like an active shooter, human nature causes us to deny what’s happening and wait. We’re more likely to think the sound of a gunshot may be something else.

Jackson noted these incidents often occur in small communities where they’re not expected.

The average active shooter incident is over in 10 to 15 minutes, during which time multiple people can be killed.

Jackson says this is why it’s important for workers to realize it can happen in their workplace, and they need a plan to act quickly in case it does.

People have one of three responses to workplace violence: flight, fight or freeze. Freeze is the worst choice.

The best way to prevent employees from freezing is to have a response plan and educate them about active shooter incidents.

The three responses, in order of preference, are: Run, Hide, Fight:

Run: Conceal yourself as best possible. Look for things to hide behind. Call 911 only after you’re safe.

Hide: Secure your location. Lock yourself behind a door. Block the room’s entrance with any large objects. Silence cell phones. A vibrating cell phone can be heard by an attacker. Playing dead is a bad idea. The Virginia Tech shooter started his attack in one room and returned there later to shoot again, including people he’d already shot.

Fight: If this is the only option left, look for anything that could be a weapon and use it.