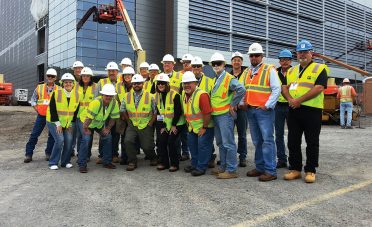 Companies that are in OSHA’s Voluntary Protection Program (VPP) are supposed to be some of the safest facilities in the nation. So, what happens when there’s a workplace fatality at a VPP site? The question has been raised after a fatality at a Louisiana refinery. A contract worker fell into the 15-foot water basin of the primary cooling tower at the facility. The company is an OSHA VPP participant.

The rules for what happens to VPP sites after on-site fatalities are contained in OSHA’s “Memorandum 7,” which was issued in 2013. The memo says the status of a VPP site must be changed to “Inactive Pending Fatality/Catastrophe Inspection” following a fatality. An Intent to Terminate (ITT) Letter is automatically sent to the VPP site if it’s determined the fatality was work-related, the site is placed in the Severe Violator Enforcement Program (SVEP), and/or willful violation(s) are issued.

The facility has the option of appealing the ITT. OSHA then decides if the site is removed from VPP. Memo 7 was revised on May 30. OSHA removed references to willful violations and the SVEP. OSHA has said it wants to expand the VPP program – and this is the first time there’s been a fatality at a VPP site since Memo 7 was revised. The agency has six months to issue citations. Then it’ll determine if the site should remain in the program. Interested in becoming a VPP site or simply need a mock OSHA inspection at your facility?  Click here and fill out our on-site training/consulting form to get a quote for this service today.