Whistleblower case shows what safety discipline shouldn’t be like 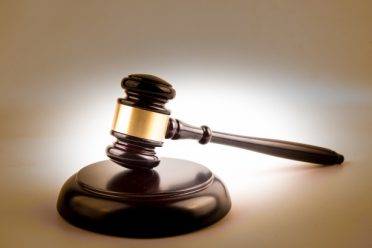 Was worker fired for reporting injuries?

We’ve discussed before that progressive discipline is hard for any manager, no matter what department he or she is in. But safety pros face unique challenges with discipline. Discipline is necessary at times but be careful your actions don’t run afoul of OSHA’s anti-retaliation rules. Here’s a recent case that shows what you shouldn’t do:

Timothy Jacobs was the lead machine operator for Dura-Fibre, a manufacturer in Wisconsin. The company used a progressive disciplinary policy where employees were automatically terminated after accumulating 24 points. The company’s policy was strict and maybe even draconian. On May 20, 2013, a co-worker told Jacobs he “tweaked” his shoulder, but he felt like it was “OK.” The next day, the co-worker told Jacobs the shoulder was sore. Jacobs reported the injury to the safety manager. The manager, upset the injury was reported a day late, assessed him eight disciplinary points. Later that same day, Jacobs twisted his ankle while walking down a staircase, and he promptly reported the injury to the safety manager. A twisted ankle happens, right? Seems like just a bad luck accident. That’s not how the safety manager saw it. He summoned Jacobs into his office the next day, said the worker had committed an “unsafe act,” and assessed four more points on his disciplinary record. Summary: Jacobs racked up 12 points in two days, which put him at the 24 disciplinary point total. The safety manager fired him because he reached the 24-point mark.

Careful with that punishment

Jacobs filed a whistleblower complaint with OSHA, arguing his employer retaliated against him for reporting workplace injuries. The court agreed, and now the company must pay Jacobs $100,000 to settle the complaint. The company’s disciplinary policy was a Catch-22: Either report the injury and possibly face punishment for an unsafe act – or hide the injury and face discipline for not timely reporting it to a supervisor. Like we said, this is a drastic disciplinary program, and we doubt yours is as black-and-white. Discipline should be applied consistently for the breaking of safety rules – whether a worker was injured by an unsafe act or not. Also, remember to document the disciplinary process thoroughly to prove action wasn’t retaliatory. To find out the latest on what OSHA is up to as well as implementing a viable safety culture, click here now.