OSHA Closer to Being Able to Issue Eyewash Fines in Construction 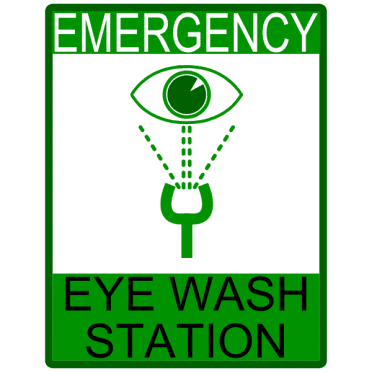 OSHA is a step closer to getting its authority back for issuing violations for lack of eyewash stations and showers in construction, thanks to a May 15 appeals court decision.

The U.S. Court of Appeals for the DC Circuit reversed a previous Occupational Safety and Health Review Commission decision, and found the agency followed proper protocol in establishing the eyewash station rule for construction, granting its petition of review of the case.

OSHRC Agrees with Company, but…

Kiewit Power Constructors was issued a citation in 2011 for failing to have emergency eyewash stations close enough to workers who OSHA claimed were exposed to a corrosive resin. The company said OSHA didn’t have the authority to apply that standard – which originally applied only to general industry – to the construction industry without following the rulemaking process with proper notice-and-consent.

An administrative law judge for the OSHRC agreed with Kiewit and dismissed the serious violation, and the full commission upheld that decision.

However, the appeals court found “it is plausible that the Congress intended standards … to extend only to employers within the same industry as their source standard,” but OSHA’s “interpretation is nevertheless a permissible construction of the OSH (Occupational Safety and Health) Act.”

OSHA was Within its Authority

What this means is the appeals court found OSHA was working within its authority in applying the general industry standard to the construction industry. The court made this decision based on two factors:

This led the appeals court to grant deference to OSHA in this situation, reverse the OSHRC decision and send the case back to the commission to determine how to proceed with Kiewit’s citation.