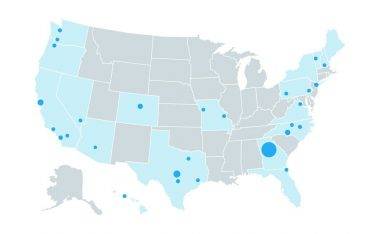 An OSHA appeal of a 2018 decision making repeat citations tougher for the agency to prove has been rejected as moot by a federal appeals court, giving the agency at least a partial victory.

The appeals court remanded the case to the Occupational Safety and Health Review Commission, suggesting it should also vacate it as moot since the company filed for bankruptcy and can no longer pay the fine.

OSHA appealed the OSHRC’s decision on a citation and fine of $7,000 against Angelica Textile Services, a commercial laundry, which saw the commission downgrade the agency’s repeat violations to serious status.

During the proceedings, Angelica filed for Chapter 11 bankruptcy, so it can’t pay the fine and hasn’t appeared in court during the appeal process, which renders the case moot and effectively wipes out the decision, according to the appeals court. OSHA also failed to collect the fine from the bankrupt estate earlier. Now there is no way to collect it.

The original 2018 decision refined what the OSHRC considered a repeat citation with the commission stating Angelica “actively sought to eliminate similar hazards” after receiving the prior citations. Angelica was cited in 2005 for completely failing to comply with confined space and lockout/tagout rules, but the repeat citations issued in 2008 – which led to the 2018 decision – showed just small problems under the same regs.

So because the company took measures to abate the hazards after the original citations, the commission said there was no basis for OSHA to issue the repeat citations, so it downgraded them to “serious.”

Now that the case is considered moot, OSHA gets a reprieve on what can be considered a repeat violation. However, a similar case could be brought at any time. With new faces on the commission since 2018, it is hard to say how it would rule now.