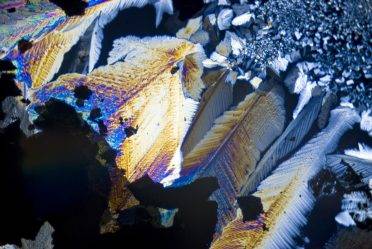 Taking a breath should not be a life-altering decision. OSHA’s new standards for respirable crystalline silica have been released and are in effect for Construction as well as General Industry and Maritime. Initially, the standards were released on June 23, 2016, but industries had one to five years to comply. As of the writing of this article, those deadlines have passed with a couple of exceptions (medical surveillance must be offered to employees who will be exposed at or above the action level for 30 or more days a year starting on June 23, 2020; hydraulic fracturing industries have until June 23, 2021 to comply with regulations about engineering controls).

The new standards require employers to limit worker exposures to respirable crystalline silica and to take other steps to protect workers. This includes determining the amount workers are exposed to if it is at or above the action level of 25 μg/m3, and protecting workers when exposures are above the PEL of 50 μg/m3, averaged over an 8-hour day. Also addressed in these new standards are rules for: providing respirators, establishing and implementing a written exposure control plan, restricting housekeeping methods, offering medical exams, training, and keeping records.

For the Construction standard, employers have the choice of either measuring workers’ exposure to silica and independently deciding on appropriate, effective dust controls, or using a control method given in “Table 1” from the Construction standard. Table 1 provides effective dust control methods matched to common construction tasks. For example, a handheld power saw can be used with water (“wet cutting”) to control silica dust. If employers use Table 1 correctly, they are not required to measure workers’ exposure to silica.

The General Industry and Maritime standards do not address specific tasks and methods of control as the Construction standard does with Table 1. This means employers are required to measure workers’ exposure to silica to determine what method of control should take place. In addition to the previously mentioned use of water as a dust control, a local exhaust ventilation system (e.g., vacuum) can remove silica dust at or near the point it is created. Enclosures that isolate the work process or worker can also be used as a method of dust control.

However, numerous industry groups have complained that the new standards are too stringent, claiming that there is no distinguishable difference in reducing health risks between the previous exposure level and the new exposure level of 50 μg/m3. These groups also question whether OSHA has “substantial evidence” that the new rules are economically and technologically feasible for the industries affected. Although these industry groups took legal action, the Court rejected the challenges, reasoning that each of OSHA’s conclusions was supported by either substantial evidence, a reasonable explanation, or a combination thereof.

So, now employers are required to address the hazards of respirable crystalline silica by providing protection and proper controls to ensure workers can take a breath without worry.