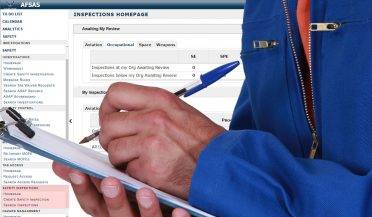 Recent enforcement policy changes have amounted to “very significant developments with OSHA,” according to an employment attorney. Thomas Metzger laid out the changes in a session at the American Society of Safety Professionals’ Safety 2019 conference in New Orleans.

Metzger notes OSHA has become more aggressive when it comes to issuing violations categorized as repeat. The “substantially similar” violations no longer have to occur at the same facility. If a company has more than one location and it’s been cited previously for a violation at one facility in federal OSHA jurisdiction, the agency will categorize a similar citation at another location as repeat.
Federal OSHA doesn’t use state violations to determine if a violation is repeat. However, it will cite a state fine as “knowledge” of a potential hazard to potentially categorize a violation as willful, which carries the same maximum ($129,336) as a repeat fine.

Now that OSHA’s Severe Injury Reporting program has been in force for a couple years, Metzger says we know how likely an inspector will visit based on the type of report:

• For an employee hospitalization, 27% of repeats receive an inspector visit while 73% get Rapid Response which consists of communication with OSHA but no in-person visit.

• For amputations, 48% get inspected and 52% get Rapid Response.

Another development has been the increasing reliance on unprogrammed versus programmed inspections.

Sixty percent of OSHA inspections are now unprogrammed. Not too long ago, the numbers were flipped: 60% were programmed inspections.

While OSHA has backed off on some electronic injury reporting, it still requires many employers to e-submit their 300A injury summaries.
Given the number of 300A submissions it’s received, OSHA believes companies are under-reporting.

As part of OSHA’s current Site-Specific Targeting (SST) program, inspectors will make some visits to companies that haven’t electronically submitted their 300A.