A federal workplace safety investigation into a Jan. 19, 2022, ammonia leak that hospitalized two workers and led to the evacuation of about 50 workers at a Canton poultry processing plant found their employer might have prevented the incident by ensuring required safety standards were followed.

OSHA inspectors found the uncontrolled temperature and pressure conditions on an ammonia refrigeration system contributed to the release of ammonia. Liquid and vapor ammonia were dispersed in the air and engulfed the emergency exit doors that discharged outside. In addition to the hospitalized workers, one worker was treated on the scene.

Confirm a pre-startup safety review before introducing a highly hazardous chemical into an existing process, and include instructions to address process deviations.

Train workers on the physical and health hazards of anhydrous ammonia. 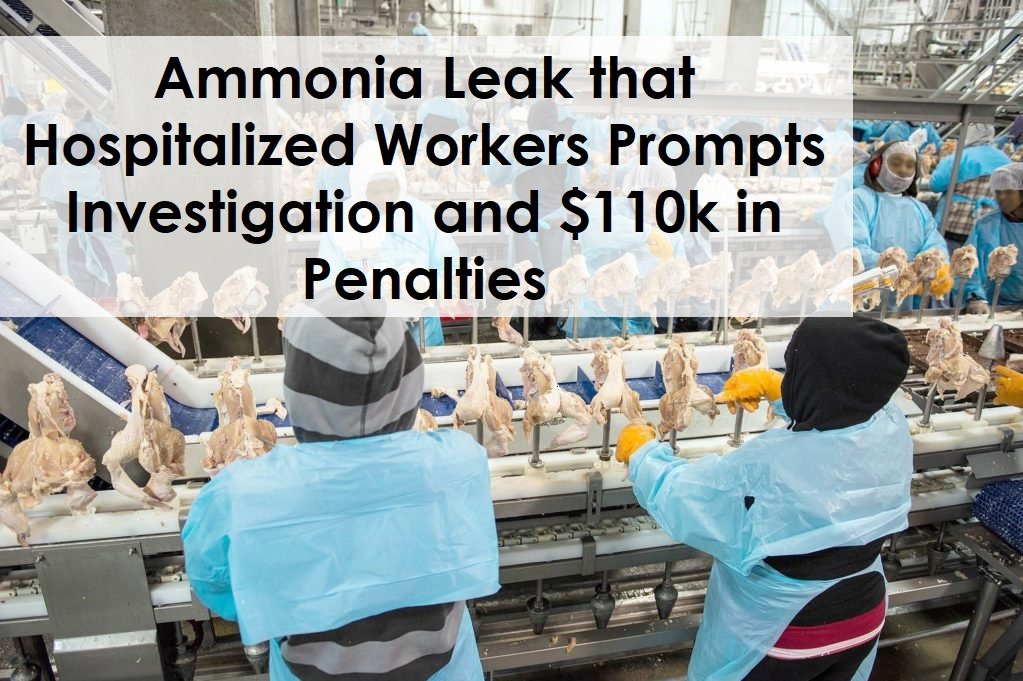