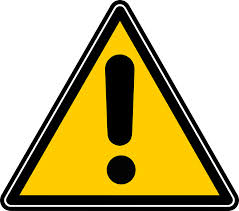 The National Safety Council has a team of consultants who travel across the country – and the world – to visit worksites and conduct safety audits. But no matter where each team member is, chances are good that he or she will spot one or more of seven common safety hazards. Here, NSC consultants JoAnn Dankert, Namir George and Rachel Harrington identify for Safety+Health the workplace hazards they see over and over again.

It shouldn’t be a surprise that Dankert, Harrington and George frequently spot hazards associated with working at height. Bureau of Labor Statistics data shows that falls to a lower level accounted for 14 percent of all fatalities in 2014, and OSHA standards related to scaffolding and ladders are regularly among the most frequently cited violations.

Dankert, an NSC senior consultant based in Arizona, said hazards associated with working at height can originate from a lack of understanding. Employers may not know they have to provide fall protection, or the fall protection gear may not be worn properly or not hooked up to anything. Some employers don’t even have a written fall protection procedure or process.

Employers need to identify all locations where fall protection is necessary – as well as where the engineered anchor points are – and train employees and regularly audit the fall protection program, she said.

Some of those locations may be surprising. Dankert recently visited a manufacturing facility that was expanding and had added to its roof a new 12-foot-tall chiller next to three existing ones. But something was missing. The old equipment had proper fall protection, including swing gates and a railing for when maintenance work is needed, but the new chiller didn’t.

“The fall hazard was not about doing work and falling off the roof – it was the equipment on top of that roof,” Dankert said. “These are hidden places you don’t go to very often, and you just don’t think about it.”

Dankert cites this case as an example of the need for safety professionals to have a seat at the table when decisions on design or purchases are made. Their input, she said, can save employers time and money.

More advice: Buy the correct-sized gear for workers, and keep in mind that although some work environments may have anchor points readily available, other locations may need an engineer to install them. Remind employees to hook to the anchor point when working at height, and keep a close eye on how well personal protective equipment is holding up. Environments with sharp edges, chemicals or welding, for example, can weaken a harness. Regularly inspect gear, and remove damaged PPE from service.

“Fall protection is like other PPE – it’s not good forever and ever,” Dankert said.

In some situations, it may be beneficial to forgo using personal fall protection equipment and instead build a platform with standard railings and a swing gate in front of a fixed ladder. Although such a platform costs money, Dankert said, it may be less costly than creating a fall protection plan, buying the PPE, and training and re-training employees.

Clutter blocking fire exits, aisles and emergency exits is a housekeeping problem that George, who is based in the United Kingdom as NSC’s manager of international consulting services, sees often.

Another common hazard? Over-stacking loads on racks in a warehouse that bring them too close to a sprinkler head, which can limit the sprinkler’s efficiency in an emergency. Clutter, leaks or standing water also can contribute to slips, trips and falls.

Workers shouldn’t wait for housekeeping or sanitation crews to take care of these issues, Dankert said. Instead, they should clean as they go. “Just because it’s a dirty process doesn’t mean you shouldn’t clean up spills,” she said.

If the clutter or spill requires specialized training to clean up, then employees need to alert their supervisor, who can send in the appropriate staff. Additionally, Dankert recommends setting aside a few minutes at the end of each shift, or on a Friday afternoon, to clean up before leaving for the day.

When it comes to storage, employers need to make sure appropriate areas are made available, notes Harrington, an NSC senior consultant based in Illinois. Harrington said she often sees electrical rooms used inappropriately for storage, with supplies blocking electrical installations.

Even if clearance between the stored supplies and the circuit breakers is appropriate, Harrington pointed out, employers need to consider situations that could arise in which someone would need easy access to that room.

Dankert often witnesses “daisy-chaining” – using multiple extension cords or power strips for a device. At one manufacturing facility Dankert visited, she saw as many as five extension cords chained together.

“It was almost like Christmas tree lights,” she said. “All you really saw were all these electrical cords everywhere.”

Because the employer is a developer of prototype equipment, the layout of the manufacturing floor was regularly being changed. And in most other aspects, the employer was conscientious about safety – the extension cords being used were new and heavy-gauge, and the facility was very clean.

“They were trying to do the right thing, but it also made me think it’s not really temporary,” Dankert said.

And that’s the point: Although extension cords can be useful for temporarily supplying power for certain operations, the key word is “temporarily.” When a cord is used for several weeks or months, Dankert said, OSHA doesn’t consider the use temporary. This opens the door for a violation.

Beyond that, extension cords lying on the ground for extended periods of time are a trip hazard. They also can be subject to traffic abuse if run over by forklifts or feet, which can wear down insulation and create shock hazards. When cords are daisy-chained, they can easily overdraw electricity from the circuits, causing the wires to heat up and potentially result in a fire.

Employers should assess whether extension cords are truly being used for temporary measures – perhaps to power a fan on an especially hot day. In such an event, Dankert said, the cord should be gathered up at the end of the shift and stored. She recommends establishing a system to periodically inspect extension cords, and training employees on that system to ensure the cords stay in good working condition and worn-out cords are placed out of service.

Workers need to ensure they’re using the right extension cord for the job. Typically, a more expensive cord has a heavier gauge, which allows it to take more power without getting hot. The same applies for using a single power strip to plug in several different devices – the power strip may not be rated for the combined wattage needed for all the high-draw appliances being plugged in.

If the extension cords are not being used for a temporary fix, employers should consider bringing in an electrician to drop in a line and outlet.

What’s a leading cause of forklift-related hazards in the workplace? In George’s experience, it’s when workers feel compelled to work quickly.

Shortcuts include driving with too large of a load or driving distracted. The end result may be hitting a rack, damaging a wall or product, or even injuring a co-worker.

How employers react to these occurrences is critical, but their responses often miss the mark, NSC consultants say. George said a common attitude after an incident is to blame the individual and instill discipline. The forklift driver is re-trained, re-tested and then put back into the system. But employers fail to identify the root cause, which often is not enough staff or trucks to manage the current workload.

Compounding these problems is a lack of maintenance and daily checks of trucks, and failing to segregate vehicles from pedestrians, George said. Trucks should be regularly inspected to ensure they are in proper working order, and employers should create designated walkways.

Proper lockout/tagout procedures can help prevent serious injuries, but only if those procedures are followed.

“A lot of organizations, they’ve got the best procedures in place, but it’s the implementation of the procedures that fails,” George said.

Even if all lockout/tagout steps are followed, faulty equipment can still lead to failures. George recalled a case in which an electrician doing rewiring work was shocked. The equipment was locked out, but the instruments he was using to check the system were tampered with and failed to read that the system was live and not isolated. The worker touched a live cable, causing a third-degree burn.

Violation of lockout/tagout procedures often boils down to three reasons:

Employers need to train employees on lockout/tagout and ensure they’re qualified to carry out the procedures, George stressed.

Chemicals can be expensive, and workers in some industries may never know when they’ll need to use a certain chemical again in the future. But according to Harrington, this kind of thinking can lead to serious hazards.

“Before you know it, you have all these chemicals no one wants or needs,” she said. “There’ll be literally hundreds of chemicals on the shelves.”

She added that although it may be easy to overlook a small, 5-gram bottle, those 5 grams can become unstable over time. For example, after a year or so, ether can degrade into explosive peroxide.

When an organization purchases and uses chemicals, it needs to have a control system, Harrington said. It needs to know what the chemicals are for and why they were ordered.

OSHA’s Hazard Communication Standard requires facilities to keep an inventory of all products. Mark down the chemical’s expiration date, and use the chemical by that date or dispose of it properly. This is more than just a safety issue, Harrington said – stockpiling a huge cache of unwanted chemicals can be illegal. It also can be very expensive to dispose of large quantities of expired chemicals.

Another potential hazard is transferring chemicals from one container to another. Even if employees feel comfortable around the chemicals and have worked with them for years, the containers must be labeled as required under the hazcom standard.

Confined spaces can present a number of hazards. George said many tragedies involving confined spaces have occurred because an employer didn’t issue a permit or failed to carry out a risk assessment.

In one scenario George encountered, a confined space’s hazardous atmosphere wasn’t assessed properly because the equipment being used was out of date. A fire broke out.

“I’ve seen people go inside drains without a permit, and didn’t even know it was a confined space,” he said. “Someone’s gone inside to pick up something and he collapses because the standby person was distracted.”

If the risk assessment and permit process are done correctly, and all steps are followed, employers won’t have a problem, George said. “Everything is all planned,” he added. “If you don’t plan it correctly, you plan for a disaster.”