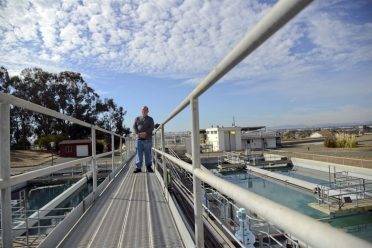 A final rule making aerosol cans a universal waste (UW) is due any day now. The EPA is working out the kinks on how facilities must puncture cans first to prevent accidents. State waste offices will move quickly to add aerosols to their UW lists once EPA weighs in (Colorado already allows aerosols in their UW program). Aerosols will become the fifth EPA-listed UW since the program started. Businesses may be able to downgrade their generator status and save a nice chunk of change once they no longer have to treat aerosols as a Subtitle C hazardous waste.

Ignitability characteristics for HAZWASTE could be tweaked under a Resource Conservation and Recovery Act (RCRA) proposal. The exemption for aqueous liquids with under 24% alcohol would be bumped up to “alcohol-containing solution[s] with at least 50% water.” The upshot: A lot more wastes could become hazardous.

Host of Air Regulations on Docket

“Project emissions accounting” requirements under the New Source Review (NSR) pre-construction permit program are due in July. The EPA won’t insist on having the final say on emissions over facilities’ estimates.

EPA is reviewing its Particulate Matter (PM) air standards under a court order. Despite ratcheting down PM limits over the past two decades, watchdog groups say more stringent limits on soot are needed to protect at-risk groups.

Dozens of industry sectors are overdue for mandatory residual risk and technology reviews under National Emission Standards for Hazardous Air Pollutants (NESHAP). Judging by the agency’s recent NESHAP updates, most industries won’t have to worry about shelling out for new pollution control technologies as the agency’s been leaving standards as is for the past five years.

Clean car standards from the Obama era are set to be scrapped for good in July. Auto and truck makers will get a reprieve from the ambitious 54 miles per gallon (mpg) Corporate Average Fuel Efficiency (CAFE) rating. The Trump administration wants to keep a 35-mpg rating in place for now.

A long-awaited lead and copper rule is slated for July. No word on whether EPA will ramp up the action level for municipal drinking water systems from the current 15 parts per billion.

In addition, three alternatives for perchlorate contaminant levels are being floated. How does EPA plan to regulate emerging contaminants perfluorooctanoic acid and perfluorooctane sulfonate? We’ll get our first clues via a Safe Drinking Water Act proposal in December.

Want to learn the latest on HAZWASTE and minimization regulations? Enroll in our HAZARDOUS WASTE MANAGEMENT SPECIALIST COURSE and meet your annual RCRA training requirements for your industry. Click here to enroll.